The decision was handed down at the pre-trial review in Glaxo v Sandoz and others, a claim in passing off. Glaxo markets a successful, and purple, asthma inhaler. Sandoz launched a competing inhaler, which is also purple. Glaxo claims this is deceptive, and that it amounts to an actionable misrepresentation that Sandoz’s products are “equivalent” to Glaxo’s products. This is an ambitious argument which if successful would expand the law of passing off.

The decision following trial is expected in October, but the pre-trial review decision was also interesting. The Defendants sought to exclude some of Glaxo’s evidence, and the judge agreed to most of the exclusions.

At an earlier hearing, Glaxo had objected to the defendants adducing evidence from experts. The Chief Master accepted that. He also said that, in respect of part of the evidence sought to be adduced, there was some force in Glaxo’s submission “that the Defendants' application is an attempt to brand evidence from the three medical professionals as "expert" to enhance its value whereas, in reality, it should properly be seen as ordinary evidence of the type normally introduced in claims of this sort”.

Glaxo subsequently filed evidence from three clinical academics. Mr Justice Arnold said that he was in “no doubt whatsoever” that much of what was included in the three statements was really expert evidence. He also thought the Chief Master would be “utterly horrified” at the prospect that Glaxo were seeking to adduce the same sort of evidence it had asked him to exclude the defendants from adducing. Some limited passages that contained factual evidence from the witnesses’ own experience were allowed.

Further passages were excluded on other grounds. These included commentary on documents which had been provided by Glaxo’s solicitors – this was “blatantly inadmissible”. Although evidence of relevant personal experience was admissible, speculation on the thought processes and reactions of others, and on the ultimate question (i.e. would the get up of the Sandoz products deceive the relevant public?) was not. Glaxo sought permission to appeal, which was refused.

There is a severe challenge in providing evidence in trade mark and passing off cases. Surveys were criticised in Interflora; expert evidence is not allowed; trade evidence cannot go beyond individual experience, which is inevitably limited and unrepresentative. This means we are often left only with judicial impression, which is obviously problematic.

View profile Connect on LinkedIn
Can we help you? Contact Giles

In the ongoing complex litigation between Optis Cellular Technology LLC and Apple Inc., the Court of Appeal ([2022] EWCA Civ 1411) has upheld the High Court’s findings that implementers of standard-essential patents (SEPs) cannot refuse to accept a FRAND license and continue activities in the meantime which constitute infringement: that party must commit to accept a court-determined license if it wishes to avoid an injunction.

Every AI will have its own terms of use. DALL·E 2’s Terms of Use dated 3 November 2022 specify that as between a user and Open AI, a user owns their prompts and uploads. Open AI also assigns to the user all rights in any images generated by DALL·E 2 for that user (subject to the user complying with those Terms of Use, and to a licence to use inputs and output to develop and improve the services).

Bruce Willis AI and the problem with deepfakes

A deepfake of Bruce Willis is advertising Russian mobile phones. Many great artistic and metaphysical questions are raised by this performance. However, this article is going to look at the intellectual property law implications, from a UK perspective.

Browne Jacobson’s national IP lawyers are celebrating after being ranked in the 2022 World Trademark Review (WTR) 1000 - the independent guide which recognises leading trade mark experts across key jurisdictions around the globe.

Are whistleblowers entitled to keep their employer’s confidential documents?

In Nissan v Passi, the High Court recently considered the issue of an employee retaining confidential documents belonging to his former employer in the context of the employer’s application for an injunction seeking the return of such documents from the employee.

In July this year, four years to the month after its introduction into UK law in the Supreme Court’s seminal judgment in Actavis v Eli Lilly, the court handed down its latest decision applying the ‘doctrine of equivalents’.

The Court of Appeal has held that an AI machine cannot be named as the ‘inventor’ of a patent, because it is not a ‘natural person’, and is therefore also incapable of transferring the right in that patent to a person.

Browne Jacobson’s national IP team is celebrating after again securing Tier 1 rankings in the East and West Midlands region and maintaining its Tier 3 status in London in the latest edition of Legal 500.

Covid-19 and the challenges associated with it grind on into a second wave. Not only that but there’s the prospect of Brexit and a looming recession ahead. It would be entirely forgivable not to be on top of the law right now. Watch our on-demand video, where we have discussed Brexit and intellectual property and consumer and commercial law changes.

Lord Justice Arnold has applied the guidance of the Court of Justice of the European Union (CJEU) to the evidence before him, in the long standing trade mark dispute between Sky and Skykick.

At a time when Amazon is fielding large spikes in demand amidst the coronavirus pandemic, the online retail platform will welcome the ruling of the Court of Justice of the European Union (CJEU) received on 2 April 2020.

Many businesses (but not all) incorporate their trade marks into their domain names but what about domain names?

How to commercialise your IP: licensing, spin outs and JVs

Our expert panel, comprised of IP and corporate law specialists, will be discussing IP commercialisation strategies, their benefits and pitfalls, drawing on experience across the private, public and higher education sectors.

Parallel Imports - what brand and IP owners need to know

Parallel importers seek to exploit price differentials for goods sold in different countries. The EU principle of exhaustion of rights prevents businesses from enforcing their IP rights to restrict this secondary trade within the EU if the goods were first marketed in the EU with their consent, other than in limited circumstances.

The Information Commissioners Office flexes its muscles: first fines under the GDPR

Your employees, their future employers and your intellectual property

Innovation and creativity is driven by your people. How do you as a business encourage innovation, capture the relevant IP assets and reward your innovators?

The Hiscox Cyber Readiness report, a review of 3300 organisations, will be a stark warning for CEO’s of SME’s in the UK and in Europe.

Browne Jacobson is delighted to have assisted Wolverhampton Wanders Football Club to successfully defend a copyright infringement claim made against it which relates to the club’s iconic wolf head design. The club has used this design as an element of its badge since 1979.

As private businesses, public bodies and universities alike strive to gain a competitive advantage, each increasingly look to each other to develop next generation products and services.

Hear from Mark Daniels and Helen Simm on privileged communications

In this webinar recording, our experts Mark Daniels and Helen Simm provide you with the key information you need to identify issues relating to the disclosing of documents relevant to litigation, which may have to be disclosed if they are not privileged. 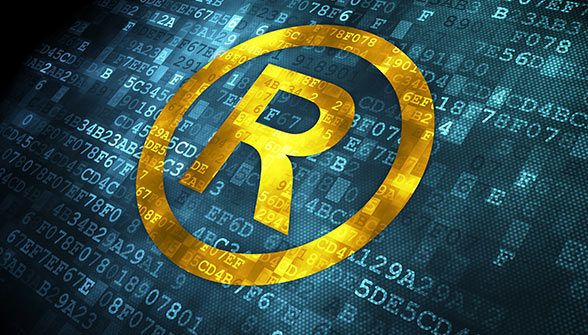