The award, created by the Franco-British Lawyers Society (FBLS) and sponsored by Champagne house Louis Roederer, was presented at a summer reception at the Residence of French Ambassador, his Excellency Jean-Pierre Jouyet to the firm’s Senior Partner, Caroline Green.

The firm’s French Group is based in London and comprises of French nationals and bilingual lawyers, specialising in Franco-British business transactions who advise both established French companies and also entrepreneurs who are looking to invest in the UK.

Over the past few years, the team has supported a number of French female lawyers who wish to pursue careers in the London legal market through various initiatives. These include sponsoring a French qualified lawyer in obtaining her Qualified Lawyers Transfer Scheme (QLTS), offering tailored training to French female legal assistants on the difference between the French and UK legal systems, facilitating more in-depth training in various legal specialisms and recruiting and developing French female interns into the practice.

“Over the years, our French team has grown from strength to strength with us hosting a number of female Stagiaires and supporting and continuing to support female French lawyers who want to qualify in the UK. I am delighted to say that our team is now predominantly female.

“At a time when more women are joining the profession than men, it is important to be able to provide women with the careers they want and we have been particularly proud to support French women lawyers working in London in this way.”

“I am thrilled that we have been recognised for our commitment to helping French female lawyers flourish in the UK legal industry. As a business we take our corporate social responsibility to diversity and equal opportunities very seriously.

“We have found supporting and developing our French female lawyers and legal advisers to be hugely beneficial to our business.

“This approach has enabled us to enhance our excellent client service offering and expand our sector expertise across a broader range of legal disciplines to our French client base, resulting in continuous new work streams.”

Browne Jacobson’s French Group works in partnership with over 400 French companies across a broad range of sectors. The practice which is a member of the French Chamber of Great Britain offers legal advice on a range of matters including M&A transactions, JV arrangements, commercial real estate, IP and HR services.

The Franco British Lawyers’ Society is an educational charity which brings together lawyers from France, Scotland, England and Wales, Northern Ireland. The charity organises conferences on legal subjects with a comparative law element and also awards a number of prizes, including the Champagne Louis Roederer Prize.

Browne Jacobson’s lawyers have advised Suez SA and its shareholders on its acquisition of its former UK waste management business – Suez R&R UK - from French headquartered business Veolia for an enterprise value of £2 billion.

From 6 April 2022, right to work checks on all migrant or settled prospective employees must be online and checks on British or Irish nationals will be manual (free) or digital (charged for).

Are whistleblowers entitled to keep their employer’s confidential documents?

In Nissan v Passi, the High Court recently considered the issue of an employee retaining confidential documents belonging to his former employer in the context of the employer’s application for an injunction seeking the return of such documents from the employee.

The new point-based system: a complex and costly system in need of simplification

The immigration control tools now being used by the UK government which combine high costs, complex application system, salary threshold and exclusion of low skilled worker are having a significant detrimental effect on the business ability of UK based companies to employ EEA staff in the UK.

Aiming for Net Zero – what is the Real Estate sector in the UK and China doing?

China and the UK have both made commitments to aim for net-zero carbon and the built environment is acknowledged as playing a significant part in that.

The Browne Jacobson corporate finance team continues to be a leading advisor, receiving recognition as the go-to advisor, for corporate M&A and private equity transactions.

On Saturday 31 October 2020 the government announced that the furlough scheme (Coronavirus Job Retention Scheme – CJRS) would be extended to 2 December 2020 and on 5 November 2020 made a further announcement to prolong the extension of the CJRS until 31 March 2021.

Brexit overview: your use of data and Brexit

Despite the lack of clarity around Brexit, there are key data issues that can be addressed now. We can help you with the steps you need to take to mitigate the risks.

We can help you navigate uncertainty, mitigate any legal risks and even find ways for your organisation to capitalise through a more efficient corporate structure.

Although there is significant uncertainty over how Brexit will affect organisations trading across the EEA, we can help you put together an appropriate action plan.

Brexit overview: your people and Brexit

Despite the uncertainty, however, we can help you take some sensible steps now to prepare your workforce for the implications of Brexit.

The Internal Market Bill – an overview

The United Kingdom Internal Market Bill was introduced in the House of Commons on 09 September 2020 (the Bill), provoking much debate and attracting criticism from many. But what exactly is contained within the Bill?

Q & A: UK’s new immigration system: how will it impact EU Nationals and their employers?

On 31 December 2020, free movement of people will cease to operate in the United Kingdom as a new immigration system will be introduced from 1 January 2021 and the government has provided further details of the new system on 13 July 2020.

Parallel Imports - what brand and IP owners need to know

Parallel importers seek to exploit price differentials for goods sold in different countries. The EU principle of exhaustion of rights prevents businesses from enforcing their IP rights to restrict this secondary trade within the EU if the goods were first marketed in the EU with their consent, other than in limited circumstances.

Third country bidders and goods in the EU procurement market

On 24 July 2019 the European Commission issued ‘Guidance on the participation of third country bidders and good in the EU procurement market’ which provides practical advice to EU contracting authorities on how to deal with bidders from outside of the EU.

Law firm Browne Jacobson has been named as one of the most active M&A advisers in the UK for the first half of 2019, according to an independent report.

Last month we reported that the House of Lords and House of Commons Joint Committee report on the draft Registration of Overseas Entities Bill had been published.

Browne Jacobson's Nottingham office has advised the shareholders on the sale of Bridge Farm Group to Canadian cannabis producer Sundial Growers Inc for an undisclosed consideration.

It was announced on 17 June 2019 that the UK Government will start discussions with 5 new advisory groups in preparation for the new skills-based immigration system that will be introduced following the UK’s departure from the European Union.

In this update, we review various aspects of a ‘no deal’ Brexit and the Withdrawal Agreement which organisations in the energy sector should know about.

In the wake of the Brexit withdrawal deal being unequivocally rejected by Members of Parliament on 15 January 2019, there is significant uncertainty for not only the gas sector but for the economy in general. 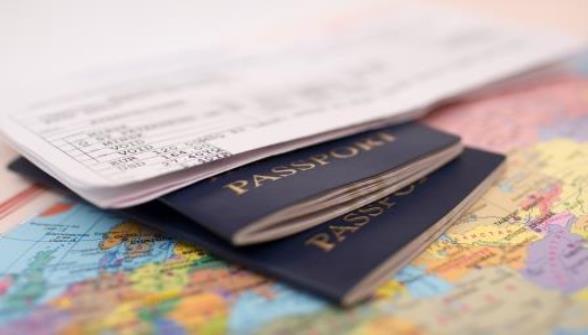 How will Brexit affect businesses from an immigration perspective?

The Home Office recently announced substantial changes to Tier 1 of the PBS.

The Modern Slavery Act - one year on

With very few organisations complying with aspects of the Modern Slavery Act one year on, Raymond and Emma talk about the opportunities of having a well-crafted statement and take a look at the government’s efforts to drive up standards going forward, such as the introduction of the Modern Slavery (Transparency and Supplies Chain) Bill.